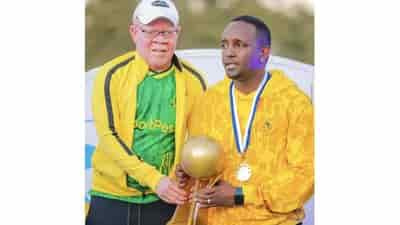 Read on Jobs in Tanzania

After Manara was punished by the Committee, the Secretariat wrote a letter to engineer Hersi to ensure her club respects the decision.

The TFF Ethics Committee Chairman has already been charged and the complaints will be charged and appealed after the committee organizes the date of hearing the charges.

This step employs after Manara appeared at the peak of the ‘Wiki of citizens’ introducing players and technical bench despite herself claiming she was a street festival and has not engaged in football.

Manara was recently blocked from involvement in sports within and outside the country for two years with a fine of sh20 million for offering profanity to President Wallace Karia during the Cup final of the Azam Federation (ASFC) against Coastal Union filed on July 2 Sheikh Command Abeid Arusha.