Ericksen to continue with Brentford FC 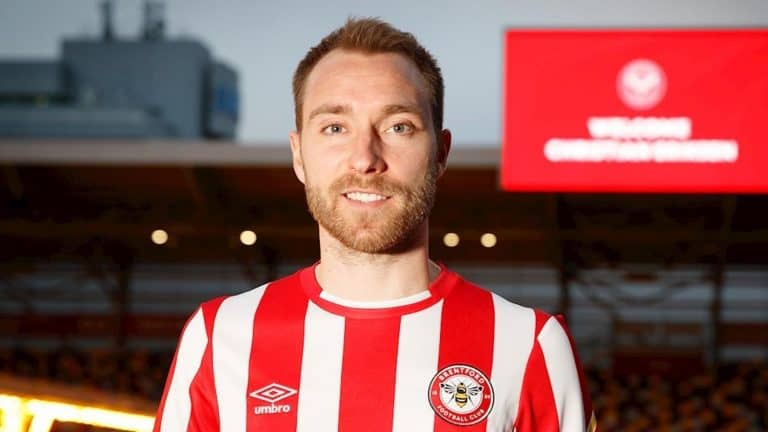 The club manager Thomas Frank said Eriksen still has the opportunity due to his ability to register, during a small registration window in January.

Coach Thomas Frank in Tottenham clubs, Newcastle and Manchester United are mentioned in the fight against him by the end of this season.

Manager Thomas Frank has said that he is always hoping.

He also said that “I always believe we will have a good opportunity. I know he is happy here, he enjoys his soccer. It is a decision that will be taken at the end of the season.”

RECOMMENDED:Tanzania President Mama Samia To receive World Cup
Eriksen once again started playing football with Brentford Club in England after fainting while playing for Denmark in the 2020 Euros European finals last year, with a heart repair device, after a heart attack.

Eriksen has been the best player in Brentford and won in six of the eight matches he played, while others appeared against Tottenham and then lost on Monday (May 02) at Old Trafford Stadium against Manchester United. Eriksen also scored a 4-1 victory against Chelsea on April 2

Shomar Lords open African youths
When asked how Brentford tries to persuade him to pray, Frank said that it was not  easy to talk to him that they present the plans and discuss  together.